What is the Carnival of Pinotepa de Don Luis?

During the carnival, the characters of the Tejorones, performing dances such as the Danza de los Tejorones. In addition, several masked expressions are also performed, such as the danza de las Mascaritas andDanza de los Chareos. These characters wear mestizo costumes with a handkerchief in one hand and a rattle in the other. The dances are a satirical representation of daily life events, especially marriage and divorce. Some characters also wear animal masks, especially tiger masks, and participate in different activities and dance repertoires.

Before the carnival, the groups offer the possibility of performing dances in the homes of people who request it in exchange for a donation. Likewise, large meals, festivities and parades are held.

The carnivals of Pinotepa de Don Luis are festivities that, despite being small, attract the interest of many national and international visitors.

When is the Carnival of Pinotepa de Don Luis?

.
The carnival of Pinotepa de Don Luis takes place between the months of February and March, beginning the festivities before Ash Wednesday.

History of the Carnivals of Pinotepa de Don Luis

.
Due to little information and historical documentation, it is not possible to distinguish for certain since when the carnivals in Pinotepa de Don Luis have been held. However, what can be affirmed is that the traditions were the result of cultural elements that were brought by Europeans. In this way, the traditions were connected with local traditions, resulting in the festivals we know today.

Similarly, it can be said that the oldest antecedents of carnivals date back to the establishment of the Spaniards in the country. The music, the fiesta and the dancing filled the streets, accompanied by the presence of masked characters. However, some time later the use of masks was prohibited to prevent people from committing crimes without being recognized.

Regarding the origins of the “Bailes de las Mascaritas“, it is believed that it was the result of the mockery that the Indians performed when imitating the French during carnival festivities in the 19th century.

Where is the Carnival of Pinotepa de Don Luis

How is the Carnival of Pinotepa de Don Luis celebrated?

The carnival is celebrated with the wide range of dances that are performed by the different carnival characters, especially the Tejorones. Also, different dance performances are performed accompanied by the bandas. The dances take place uninterruptedly until the last day of celebration.

In addition, during the celebrations are heldcrafts fairs, where you can purchase some pieces of local art..

Tips for going to the Carnivals of Pinotepa de Don Luis

.
If you want to visit the carnivals of Pinotepa de Don Luis, we recommend planning your trip in advance, making a travel itinerary and booking your lodging with some anticipation.

Events in the Carnival of Pinotepa de Don Luis

.
On the eve of the carnival, the Tejoneros perform a series of dances in the different houses of the neighborhood or barrio in exchange for some contribution.

Once the carnival has begun, the groups perform their respective traditional dances accompanied by the bandas. During the dances, the sounds of the sonajeros, the violines and the shouts of the people stand out. This is followed by a big meal involving the groups. The day culminates with a few words of thanks from the authorities.

On the last day of carnival, the great parade takes place, in which the outgoing and incoming Carnival Queens, the authorities and civil society participate. The groups also participate and perform some dances during the parade. Finally, the Carnival Queen is crowned and drinks and food are distributed. The parade is one of the most anticipated events of the festivities. During the celebration, the outgoing queens and the new candidates are spotted, who ride through the streets of the city on carriages. In addition, there is the presence of civil society wearing masks and dresses. Furthermore, the different characters and groups perform typical dances during the parade..

Once the parade is over, the new carnival queen is crowned and Tepache is distributed.

The parade goes through the main roads of the indigenous town. What to eat at the Carnival of Pinotepa de Don Luis[/h2>.

One of the traditional drinks of the region is the Tepache, a fermented corn-based drink. You can also try the Caldo de Cabío, a broth made with smoked beef and vegetables.

In addition, the town offers some places where you can go to eat, some of these are: Na’a Vii, Ríos de Piedra Ecoturismo and Na’a Bar.

.
Within the carnivals you canwitness the many dances performed by the different costumed characters. Likewise, you canbe part of the parade, in which the different authorities, the queen, the civil society, the Tejorones and the different masks participate.

In addition, you can walk around town and attend the different bazaars and fairs, where crafts and food are available.

If you do not want to complicate things, here you can book interesting excursions in Spanish in this city:.

.
Some of the tourist attractions offered by the town are:

.
It is a park in the middle of the town. You can go there to hang out, talk or eat something in one of the stalls around it.

.
A cultural center where there are some swimming pools and you can also go horseback riding. Likewise, it is a quiet place to hang out, walk and talk.

Safety in the Carnivals of Pinotepa de Don Luis

The town of Pinotepa de Don Luis is quite safe, so you can feel safe walking the streets both day and night.

.
During the carnival celebrations, the city of Pinotepa de Don Luis has a pleasant climate, with temperatures ranging between 20 and 33 degrees Celsius.

The main character of the carnival of Pinotepa de Don Luis is called Tejoron. They wear masks and dance during the whole celebration

How to get to the Pinotepa de Don Luis Carnival

.
The closest airport to the town is the Puerto Escondido International Airport. This airport receives mainly domestic and some international flights. Once here, you can use the different means of transportation to get to the center of town.

.
From the airport you can take a cab or use a private vehicle. You can reach the town using the Acapulco-Salina Cruz-Pinotepa Nacional highway.

Where to stay in Pinotepa de Don Luis Carnival

.
Lodging in the town is somewhat scarce, so we recommend some options nearby.

.
The rooms have air conditioning, television and private bathroom. Facilities include a bar and à la carte breakfast is served.

All rooms have flat screen television with satellite service. They also have private bathrooms with various toiletries. Facilities include an outdoor swimming pool, parking and free internet.

.
All rooms have flat screen television with cable TV service. They are also air-conditioned and have private bathrooms with basic toiletries. Facilities include an outdoor swimming pool, garden, restaurant, room service and wireless internet. 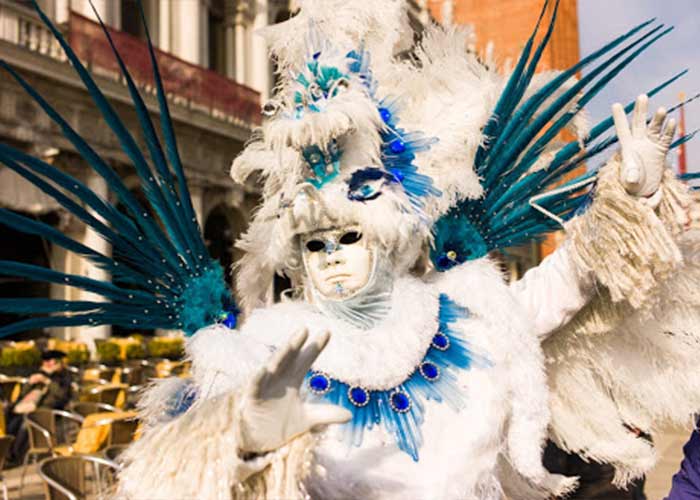